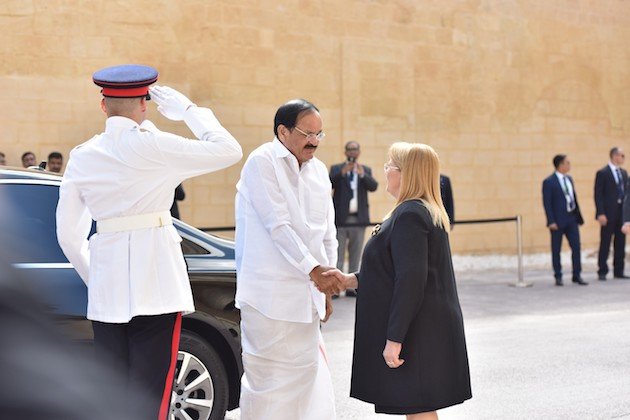 Addressing scientists at the CSIR-National Institute of Oceanography (NIO) in Paniji, Naidu said: "The objective of the blue economy is to promote smart, sustainable and inclusive growth and employment opportunities through maritime economic activities. Appropriate programs should be initiated for the sustainable harnessing of ocean resources."

Naidu pointed out that India was meeting most of its oil and gas requirements through imports and the scientists should step up their research in areas such as ocean energy and marine energy.

He added that scientists should study the potential of renewable energy derived from the ocean - from wind, wave and tidal sources.

Asking the Institute to act as a nodal centre for blue economy-related research and technology development, Naidu said there was a need to focus on ocean centric technology to harness the marine resources for the sustained growth of India.

The 'blue economy' is an emerging concept which encourages better stewardship of our ocean or 'blue' resources.

"Development of technologies for deep-sea mining, underwater vehicles and underwater robotics for extraction of minerals should be initiated. NIO should also undertake research on the development of drugs from the sea," he said.

The Vice President said that a focused approach in some of the areas such as minerals from the ocean, energy from the ocean can make India a global leader and serve our national goals.

However, while pursuing the "blue growth", every effort must be made by all the stakeholders, including private and public sectors, to prevent further degradation of the ocean and its ecosystems', the Vice President cautioned.

Naidu said and advised CSIR-NIO to play a major role through its ocean observation studies in understanding different ocean processes due to climate change. (ANI)