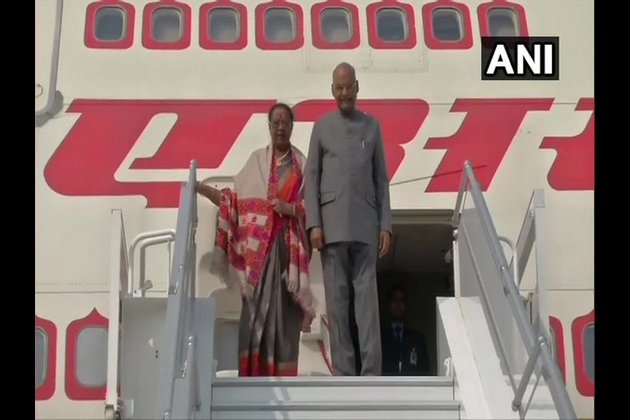 President Kovind will visit Croatia from March 25 to 28 in what would be the first visit by an Indian president to the European country. He is scheduled to participate in the India-Croatia Business Forum and deliver an address at the University of Zagreb.

During his visit he will hold talks with leaders of these countries and strengthen ties in trade, investment and renewable energy.

India will be conducting separate bilateral forums with Croatia, Bolivia and Chile during President Kovind's visit to these countries, a statement issued by the Ministry of External Affairs said.

"The large business delegations joining in the bilateral business forums organized as part of the visit of President, indicate the increasing interest of Indian companies in expanding business ties with these countries," the statement read.

In Bolivia from March 28 to 30, the President will hold restricted and delegation-level talks with his Bolivian counterpart Evo Morales. This is the first high-level visit to the Latin American country since the establishment of diplomatic ties between the two countries.

"Bolivia's Lithium and our needs for eMobility and eStorage provide natural synergies. As Bolivia embarks on the industrialization of its resources, India is a willing partner for know-how, technology and skills. In the Financial Year 2017-18, the bilateral trade grew by 205% to reach US$ 772 million," the statement outlined.

On March 30, President Kovind will head to Chile. The visit comes at a time when the 70th year of establishment of India-Chile diplomatic relations is being celebrated.

Besides holding talks with Chilean counterpart Sebastian Pinera, President Kovind is scheduled to participate in a business meet and address the University of Chile.