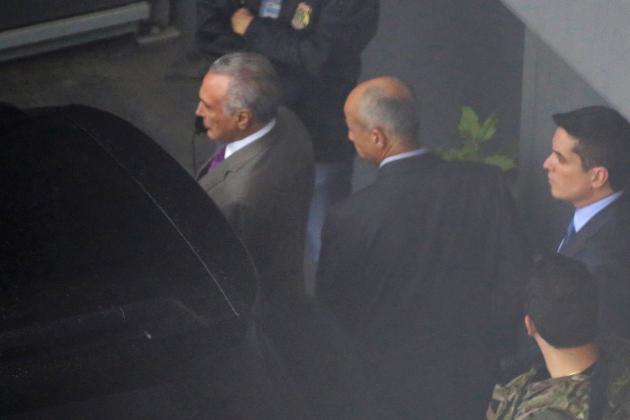 Judge Antonio Ivan Athie said there's no need to jail the 78-year-old politician because he doesn't pose a risk to the investigation into the charges.

Temer and seven other people were jailed Thursday on corruption charges in the sprawling Car Wash probe. At the time, Judge Marcelo Bretas argued that they should be held so they could not destroy evidence.

Brazil's federal police did not say when Temer would be released.

Temer became president in August 2016 after President Dilma Roussef was impeached and removed from office, and his term ended Jan. 1, when President Jair Bolsonaro was sworn in.

His administration was clouded by corruption allegations, though on two occasions, lawmakers refused to authorize prosecution of Temer. In Brazil, the prosecution of a sitting president requires a vote of Congress.

Athie's ruling could still be reversed by his colleagues on the same court, which had been expected to decide on Temer's future only on Wednesday.

'As I examined the case, I verified that there is no justification to wait for two more days for the decision,' the judge said.

The ruling also said Bretas' decision to arrest Temer was based on 'assumptions on old facts.'

The Car Wash probes also led to the jailing of former President Luiz Inacio Lula da Silva, who is serving a 12-year sentence for corruption and money laundering.

Once hugely popular, Da Silva, who governed between 2003 and 2010, has only left his prison cell in Southern Brazil city of Curitiba to testify in other lawsuits and to attend his 7-year-old grandson's funeral in March.