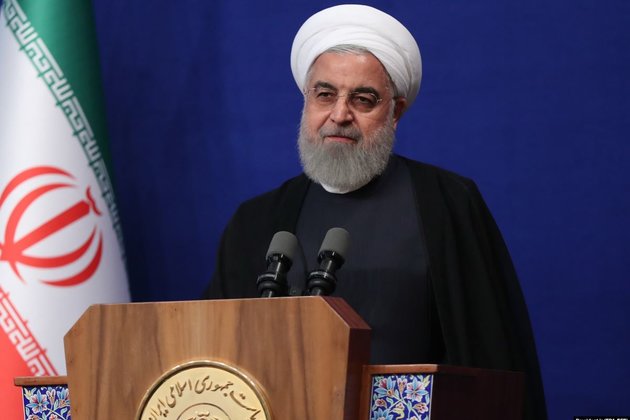 Iran has followed through on its threats to further scale back its compliance with a nuclear deal, saying time is running out to save the accord with world powers.

A spokesman for the Iranian Atomic Energy Organization said on state television on June 17 that the country will exceed the limit for its uranium stockpiles set out in the agreement within the next 10 days and that Tehran will increase enrichment levels of its uranium holdings 'based on the country's needs.'

Speaking later in the day at a meeting with France's new ambassador to Tehran, President Hassan Rohani called for urgency in rescuing the deal, which has been on the brink of collapse since the United States backed out of it last year.

'The current situation is very critical and France and the other parties to the [deal] still have a very limited opportunity to play their historic role for saving the deal,' Rohani said, according to a statement on his website.

'There's no doubt that the collapse of the [accord] will not be beneficial for Iran, France, the region, and the world,' he added.

In May, Iran stopped complying with some commitments in response to President Donald Trump's decision to withdraw the United States from the landmark 2015 nuclear deal that Tehran signed with six world powers, saying the terms were not tough enough and that the country had not lived up to the spirit of the pact by supporting extremist violence in the region -- something Iran has denied.

Rohani told a summit of Asian leaders meeting in Dushanbe on June 15 that Tehran would continue to adhere to some commitments under the deal.

However, he said, scaling back on additional obligations would occur because of what he called 'confrontation' by the United States, Trump's 'withdrawal from this deal,' and the imposition of what he called 'illegal, unfounded sanctions supported by other parties.'

Iranian atomic agency spokesman Behrouz Kamalvandi gave some of the details on June 17 of what Rohani meant.

He said Tehran had quadrupled the rate of enrichment 'and even increased it more recently,' meaning that in 10 days it will bypass the limit set out in the accord, which aimed at heading off any pathway to developing a nuclear bomb, in return for the removal of most international sanctions.

The accord limits Iran's stock of low-enriched uranium at 300 kilograms of uranium hexafluoride enriched to 3.67 percent, or its equivalent, for 15 years.

'Iran's reserves are every day increasing at a more rapid rate. And if it is important for them [Europe] to safeguard the accord, they should make their best efforts.... As soon as they carry out their commitments, things will naturally go back to their original state,' he added.

Trump has reimposed sanctions against Tehran that had been eased under the nuclear deal, and has especially targeted Iran's banking and all-important energy sector.

Tensions between the two countries have risen in recent weeks after the United States accused Iran of involvement attacks on oil tankers in the Gulf.

In a show of strength, Washington has sent additional forces to the region. Iran has denied being behind the attacks.

With reporting by Reuters, AP, and AFP