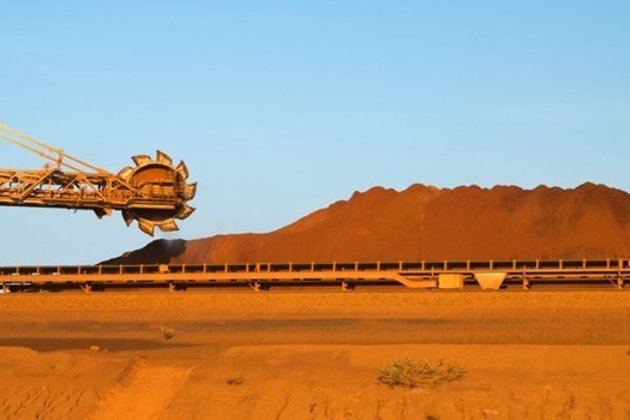 Kumba Iron Ore overcame bad weather and port challenges to lift production volumes and sales in what was largely supported by higher prices.

The ore producer - a subsidiary of Anglo American - followed in the footsteps of its sister company, Anglo American Platinum, in declaring a significant dividend, returning a payout ratio of 100% of headline earnings.

The return of R23.4 billion to shareholders in the form of interim cash dividend is a jump from the R6.3 billion seen in the first half of 2020.

During the reporting period, Kumba was hit by rail constraints and disruptions to shipments following equipment breakdown and inclement weather at the Port of Saldanha.

However, the company managed to increase export sales by 5% to 19.4 million, but domestic sales registered lower growth levels, resulting in a total sales increase of 3%.

"With global demand for many metals and minerals driving prices and industry profits higher, mining is contributing significantly to the government fiscus, and ensuring that more resources are available to help our fellow South Africans get back on their feet," said Kumba's chief executive Themba Mkhwanazi.

He said the company had paid R9.2 billion in income tax and mineral royalties in the first half of the year. Kumba posted R44 billion in earnings before interest, taxes, depreciation, and amortisation, which is a measure of operating performance.

"Despite weather-related and logistical challenges, Kumba's operational resilience and capability resulted in production volumes increasing by 12% to 20.4 million tons, surpassing production in the first half of the past two years, while increasing sales by 3% to 19.5 million tons," said Mkhwanazi.

The higher earnings led to attributable free cash flow of R31.5 billion, supporting the company's decisions to declare a dividend.

The company, which supplies iron ore to the global steel industry, has operations in the Northern Cape and port operations in Saldanha Bay. It noted the effects of increasing climate disruptions, including the above-average rainfall that result in extended flooding at mining operations.