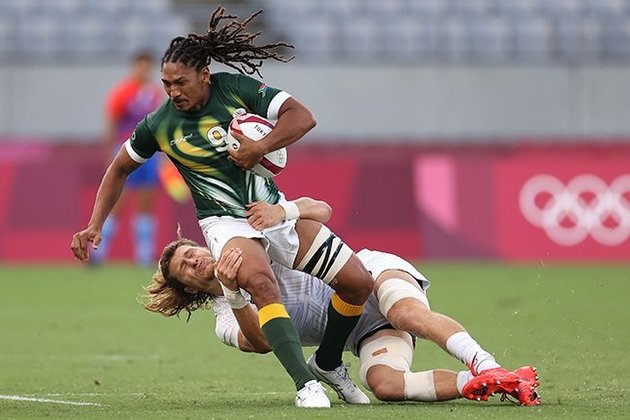 The South African sevens rugby team beat the United States 28-7 to claim fifth spot at the Olympic Sevens in Tokyo on Wednesday.

The Blitzboks ran in four tries in a dominant display to claim some consolation after Tuesday's disappointing 19-14 defeat to Argentina in the quarter-finals.

South Africa led 14-7 at half-time but comfortably closed the game out in the second half, with the Americans not once getting out of their own half in the second stanza.

Fiji won the gold medal after beating New Zealand 27-12 in the final, while Argentina claimed bronze after a 17-12 win over Great Britain in the bronze medal match.