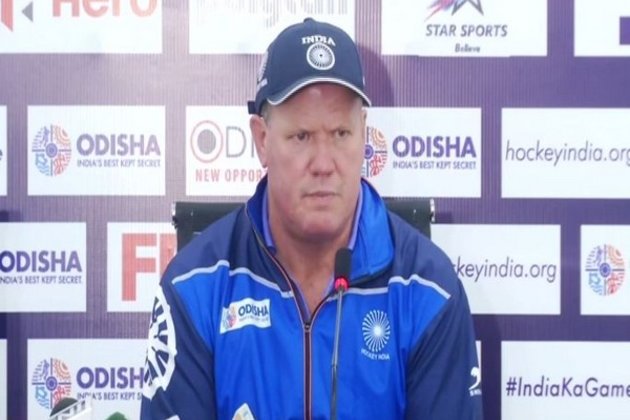 Tokyo [Japan], July 28 (ANI): Having registered a comprehensive 3-0 win over Spain, the Indian men's hockey team will look to keep the momentum going when they take on defending Olympic champions Argentina in their fourth match of the Tokyo Olympics 2020 at Oi Hockey Stadium on Thursday.

The World No.4 side, who kickstarted their Olympics campaign with a 3-2 win over New Zealand, went down against Australia (1-7) in their second match at the quadrennial Games. However, the Manpreet Singh-led side bounced back from the result in a convincing fashion against Spain to register their second win and climb up to the 2nd spot in Pool A table.

Reflecting on the performance, India skipper, Manpreet expressed: "I would say, this win is a confidence-booster at this stage. We earned three valuable points, but still a long way to go. We just kept things basic and played to our strengths. However, there are few more things where I think we can focus and work on."Coach Graham Reid stated: "You know, we didn't actually play that bad against Australia, but they played quite well, and most of the part, we just couldn't put the balls away from them. It's important that the Indian players kept calm and got the job done against Spain. Good result, but again, I think there are things to work on from an improvement perspective."Speaking about their next match against Argentina, Manpreet said, "No doubt, we had a successful Argentina tour, but that was in the past, and this is a totally different occasion. So, we can't take any teams lightly on a platform like the Olympics. It's going to be a good game, and I think we will just have to stick to our skills and just repeat all the things, we do in our practice sessions."Meanwhile, Graham said, "We know each other pretty well, we played a lot of games with them in May. I am imagining that they will try different things, so we just need to make sure that we are ready for the unknown, which is always difficult. We are looking forward to it, they are a tough team, so we need to be playing a lot much better. We need to play all four quarters like we played the first quarter against Spain." (ANI)