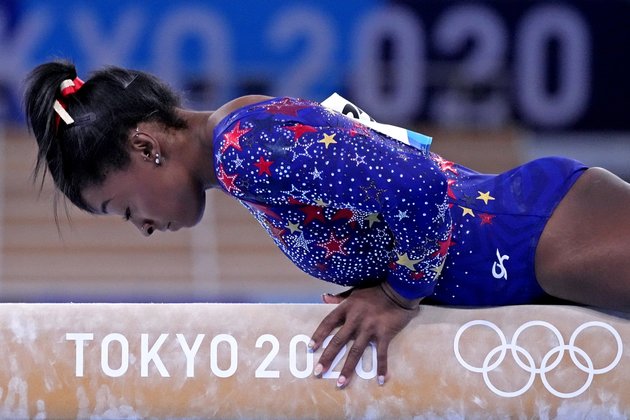 Simone Biles won a bronze medal in the women's balance beam final at the Tokyo Olympics on Tuesday, returning to competition after a week away as she faced mental health issues.

After taking part in team and individual qualifying events, Biles temporarily abandoned her pursuit for medals when she withdrew from the team competition after one event last Tuesday. She said she was suffering from "the twisties," a loss of awareness in the air, which she attributed to mental health.

Biles, 24, did not compete in the other events for which she had qualified -- the all-around individual competition, the vault, the uneven bars and floor. While it was thought before the start of the Olympics that she could walk away from Tokyo as many as five gold medals, she leaves with a silver and a bronze.

Those two medals put Biles into a tie with Shannon Miller for the most medals ever by an American gymnast. She now has seven after winning four golds and a bronze medal in her Olympics debut in Rio de Janeiro in 2016.