The Fabulous lives of Pakistani Generals 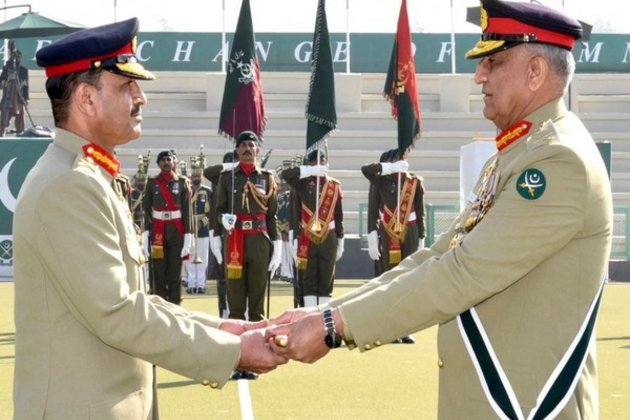 Islamabad [Pakistan], December 8 (ANI): An army's role around the world is to protect its country from perceived and actual threats and to ensure national security. But in Pakistan, where extortion and corruption are rife, the army takes on the role of the mafia.

With a dubious record of toppling elected governments, installing puppet dictators and plundering the country's resources to fund the lavish lifestyles of its generals, the Pakistani army is truly unique in its functioning.

Most recently, General Qamar Jawed Bajwa has come under fire for what many are calling a questionable accumulation of wealth while he was head of the Pakistani Army.

The report raises many questions as to the Bajwa family's disproportionate accumulation of wealth during the General's tenure as Army Chief, and to the Army's financial transactions in general.

In an ironic twist, Pakistan, instead of vowing to investigate the Bajwas' financial situation, has ordered an investigation into what they call the "illegal" and "unwarranted leakage" of the family's tax information.

Bajwa's blue-eyed boy, Munir is appointed as Pakistan army chief; it will be business as usual with no heads rolling for the rampant corruption plaguing the Pakistani army. Financial mishandling, corruption, and influence peddling by generals for personal gain have been the subject of several scandals in Pakistan.

"Expose like this coming out is nothing new. It has been well-known for a long. We also know case of a Pakistani General who fled from Pakistan and opened a chain of pizza huts in the US. So it's nothing new", says, Defence Expert Lt Col JS Sodhi (Retd)One of the Pakistani Army's biggest scandals remains its appropriation and sale of land in the name of welfare and providing housing for its officer cadre.

On 27 August 2016, an article titled 'Lust for Land' was published in the Pakistani newspaper 'Dawn'. In the article, Pakistani freelance columnist and former civil servant, Irfan Husain, exposed the reality of multiplying defence societies and the Pakistani Army's insatiable hunger for land.

Several other reports from Pakistan have claimed that the Pakistani Army is using government land to fulfil commercial interests.

The military appears interested in many lands and commercial entities, ranging from petrol pumps to huge industrial plants.

Money earned by rentals of these properties is being given to the families of Army officers.

In Pakistan, many petitions have also been filed over the failure to implement laws to protect lands from the military mafia.

Though the Supreme Court of Pakistan has criticised the military establishment in the past for their involvement in commercial pursuits, the practice continues.

While Pakistan has descended into a deep economic crisis, military officers have been given taxpayer funded land allocations worth millions.

J S Sodhi further added, "Well the fact that today Pakistan is on the brink of being declared a bankrupt nation. They have no money with them. We have seen the recent floods in which one-third of Pakistan was under water."Pakistan recently ranked 140th out of 180 countries on the Corruption Perception Index (CPI) 2021 by Transparency International, dropping 16 spots from the previous year.

In Pakistan, corruption is so ingrained within the military that it seems unlikely that the appointment of a new General, or even of new political leadership will be able to change the functioning of the country's most powerful institution.

As Pakistan descends deeper into economic and political instability, the Army's top leaders continue to enjoy an enrichment of power and finances. (ANI)