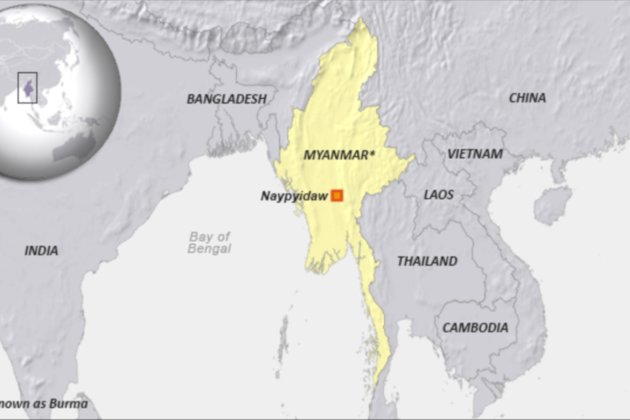 WASHINGTON - The parents of seven university students sentenced to death by a military tribunal in Myanmar are appealing their sentences, the father of one of the students told VOA.

Thein Shwe, father of Hein Htet, said that his son was one of the seven students from Dagon University who were given death sentences Nov. 30 by a closed military court inside Yangon's Insein prison.

"We wouldn't mind if they changed their sentences to life imprisonment because the main thing is to keep our children alive. We are consulting with lawyers to file appeals and working in all ways as we can," Thein Shwe told VOA.

The military tribunal convicted the seven students for involvement in an April shooting in Yangon in which a former military officer was killed. All seven were arrested shortly after the shooting.

Source to VOA: US to Downgrade Relations with Myanmar

The Myanmar junta did not release any statement regarding the death sentences.

Family members told VOA that they were not officially informed by authorities about the death sentences against the students. "We couldn't ask the authorities either. We found out their death sentences after spreading the news on social media," said a sister of Thura Maung Maung.

She added, "We [the family members] were told that the news of the death sentences was confirmed but were unable to learn any updates on our students' cases or condition when we went to Insein prison on December 3 to deliver care packages to them."

Because Insein has not allowed prisoners to have visitors since the onset of the COVID-19 pandemic, families have not seen the students since they were arrested eight months ago.

Khin Maung Myint, a human rights lawyer in Myanmar, told VOA, 'If the military tribunal imposes the death penalty on the civilians who have [been] without access to legal counsel, it is unlawful.'

Civilians have the right to have lawyers who can fully defend them with legal knowledge at the military tribunal, according to the lawyer.

In the case of the seven students, they were reported to be without access to legal counsel at the military tribunal. Their death sentences were handed down under sections 34 and 302a of the penal code for conspiracy.

Khin Maung Myint told VOA that there is an appeal process for the order passed by the military tribunal.

'It is considered by a panel which formed by the commander-in-chief of defense, Senior General Min Aung Hlaing. The appeal process at this panel takes two to three months, which is faster than the process of civilian appeal courts. The last step is to submit an appeal letter to the chief of defense who will finally approve or disapprove the death sentence, and it will take five or six more months," Khin Maung Myint said.

In a Dec. 2 statement, Volker Tuerk, the United Nations high commissioner for human rights, expressed alarm at the death sentences: "By resorting to use death sentences as a political tool to crush opposition, the military confirms its disdain for the efforts by ASEAN and the international community at large to end violence and create the conditions for a political dialogue to lead Myanmar out of a human rights crisis created by the military."

'But one thing is certain, no matter how scary it is, young people and the students are not afraid and become stronger to fight for democracy in our country,' Min Han Htet said.

Large numbers of students and young people were among those who opposed the military coup that in February 2021 overthrew the democratically elected government led by Aung San Suu Kyi.

According to a Human Rights Watch statement on Monday, a military court also sentenced to death three other people -- Wai Zin Yan, Thu Htoo Aung and Min Htet Thar -- under section 302 of the penal code for a separate incident in June, for allegedly shooting and killing a ward administrator in north Yangon on May 24, 2022.

The Myanmar junta has sentenced to death 138 people since the February 2021 coup, including 41 in absentia, according to Assistance Association for Political Prisoners.

In July, the junta executed four political prisoners, including democracy activist Ko Jimmy and Phyo Zayar Thaw, former MP for the ousted National League for Democracy. The executions were the first death sentences carried out in Myanmar in more than 30 years.